About Us
Comforting The Disturbed

Incorporated in 2013, Burn ‘Em Brewing quickly grew from a group of friends homebrewing to “loosely” professional businessmen and brewers.

Starting distribution in 2014 and opening the taproom in 2015, the company evolved into a real brewery with a laidback feel and a focus on quality. The goal has always been to remain local and source local, while giving back to our community as much as possible.
We’ve always strived for variety and have brewed over 700 recipes with new beers constantly showing up in the taproom, where you can find 10 rotating draft options and a wide array of cans and bottles. Since 2014, we have expanded our distribution and you can now find Burn Em beers throughout the whole state of Indiana and only in Indiana.
Burn ‘Em Brewing is owned and operated by, Steve Murray, Howie Wiesjahn, Matt Zakrzewski, and Danny Moser. 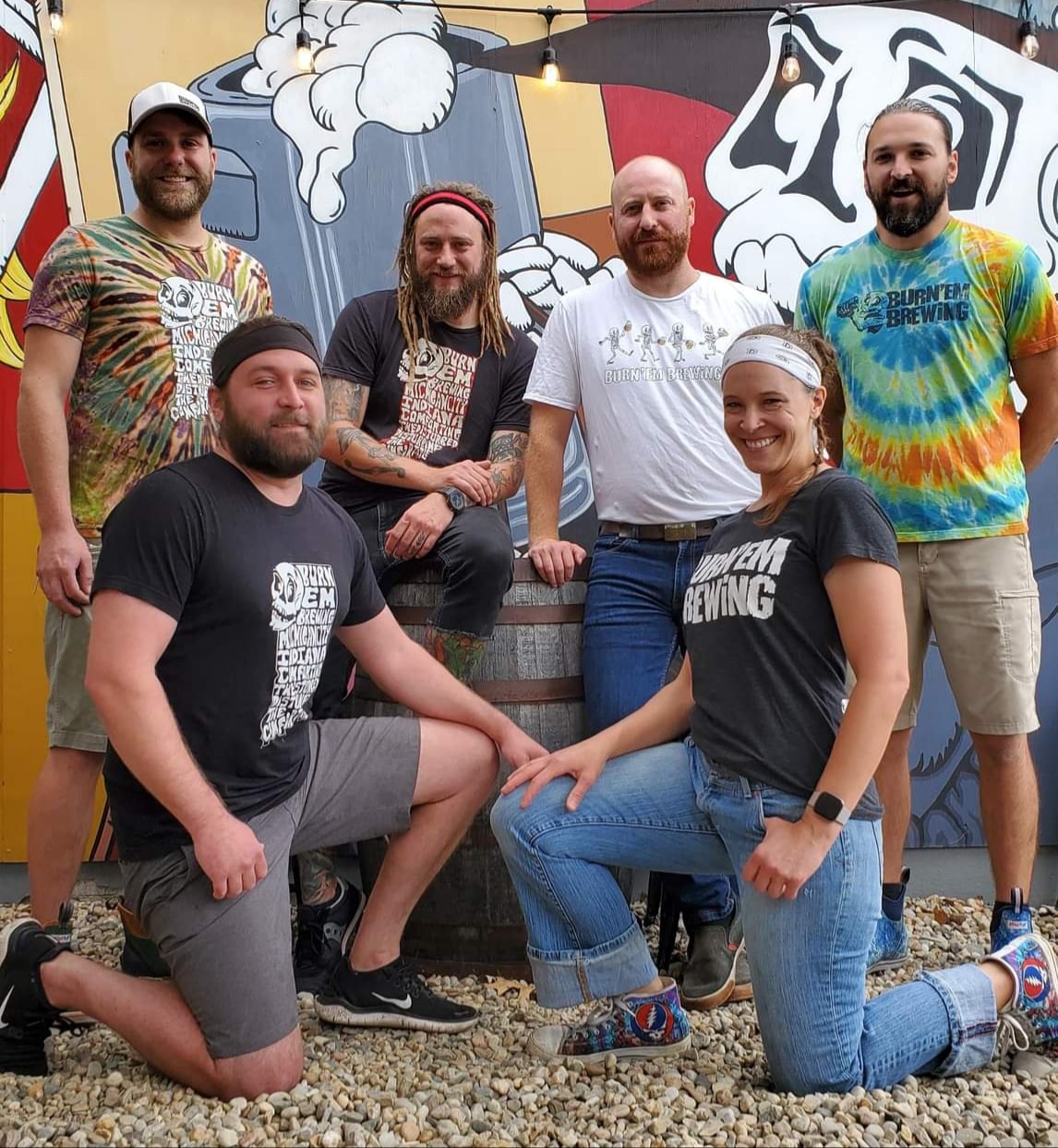 What People Are Saying

Don’t let the modest setting and location deter you. We had the best experience here! We will TOTALLY go back to Burn ‘Em when in the area for the good beers and good people.

Currently my favorite brewery. Every beer on the menu is amazing. Labels on the cans are so unique. Staff is super chill and down to earth. Swag is on point. It really checks all the boxes.

Driving from Chicago to Michigan, this was the perfect stop. Cozy atmosphere with a small space and a friendly host happy to provide suggestions. Got a flight and all of the beers were interesting, creative, and well-executed.

COMFORTING THE DISTURBED
DISTURBING THE COMFORTABLE